Many more wonderful articles at http://www.lunalunamagazine.com
This article is here:  https://goo.gl/bFqMD7

For months I’ve been following the blogs, the posts, the lists, the rants, the raves and the ravishings. I’ve been horrified, dumfounded, hysterical and generally nauseated by what I see as the breaking-down of women’s rights and liberties. Before I go into a major serious RANT, I need to parse it out. Not just for you but also for me. I’m not going to talk politics or Hillary or Gloria Steinem on Bill Maher – it’s all out there, click and see. I’m going to talk about what we need to read to make sure we don’t fall further down this slippery slope.

I’m going out on a limb here by (almost) admitting my age –  I grew up after the “Bra Burners” and before “Girls Gone Wild.” This sandwich of time, was idyllic. I thought I could be anyone, have anything, and my tits would never matter in the choices I made (well, they would – but only to my advantage).

END_OF_DOCUMENT_TOKEN_TO_BE_REPLACED 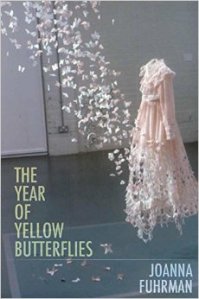 Stuart Sherman’s friends—Yolanda Hawkins, John Hagan, and John Matturri—spent countless hours reading, cataloguing, viewing, and organizing the plays, writings, paintings, line drawings, and sculptures piled into the front closet of his sublet apartment on West 22nd Street. Going through that mountain was a labor of love and led to Beginningless Thoughts/Endless Seeing, a curated exhibition at New York University’s 80WSE Gallery in the winter of 2009, and an art book/catalogue of personal reminiscences, descriptions of his plays, and re-prints of his drawings, paintings, and collages. The book, released this month, beautifully and lovingly illustrates the man and his work, but just barely manages to scrape the heart of Sherman’s creative genius.

END_OF_DOCUMENT_TOKEN_TO_BE_REPLACED

Jaded Ibis Press holds an odd shaped, polished and engraved stone in a hand-carved painted slingshot. Like David, they are poised with ready aim to hit the big publishing houses dead square in the eye. Their creativity and innovation push the limits of “Indie Press” publishing to new levels.

Liz Axelrod (Rail): You named your press after the James Hurst story “The Scarlet Ibis.” That tale about two brothers; one fit, one crippled, revolves around the themes of pride, cruelty, love, redemption and death. Why did you choose that particular tale and how does “Jaded” come into the picture?

Debra DiBlasi: “Summer was dead, but autumn had not yet been born when the ibis came to the bleeding tree.” I was nine years old when I heard the first sentence of “The Scarlet Ibis.” I experienced a spectacular epiphany regarding the distinction between ordinary stories and literary art. I recognized symbolism for the first time, how it could create meaningful maps within a narrative.  Such veracity had never appeared in the books I’d previously read, or in most people I knew, or in me.

My fourth grade teacher, Miss Heberlin, read to us every day after lunch – not “children’s books” but rather serious literature with significant themes exploring the human condition. She traveled extensively and had witnessed, I suspect, terrible inequities in the world. Miss Heberlin instilled in us far more than rote learning skills by teaching us how to become better human beings – to empathize, respect and share – just as I try to do now in my role as publisher.

I grew up. Lived. Sighed a lot. Ibis Productions became Jaded once I realized that the majority of books published, sold and read in the U.S. sought not to enlighten but to anesthetize and even stupidify – quite the opposite of Hurst’s story. Yet it is possible to be jaded and optimistic. You just have to quit complaining and take the reins.  Jaded Ibis essentially premiered at the 2011 Associated Writing Programs (AWP) Conference, within Table X (where the cool kids hang out.  😉

By the way, the Ancient Egyptian god, Thoth, was the patron of writing and scribes, who were highly venerated in Egyptian culture. Thoth has the head of an ibis.

END_OF_DOCUMENT_TOKEN_TO_BE_REPLACED

I’ve got chocolate hearts on the brain and vanilla scented candles burning as I try to melt into the freezing cold of my sweet love’s arms after he so beautifully shoveled my car out of waist deep snow. This is our first Valentine’s Day after moving in together and though both of us are exhausted from the overwhelming amounts of white and winter, I’m lusting over these extended snow days together.

In honor of all things red and sweet and glowing, I’ve compiled a heart shaped box of books for you to break open and savor the sweet insides. These are not all love stories as not all of us have a love story to celebrate right now, though we can all find a bit of sweetness, even if it’s just reveling against the corporate holiday or getting lushed-out on pink frothy drinks and blood remembrances.

As always, these are in no particular order but they do share the common theme of heat, camaraderie, and RED. In honor of the holiday:

END_OF_DOCUMENT_TOKEN_TO_BE_REPLACED

An innate sense of sadness and joy runs through Joseph Salvatore’s To Assume A Pleasing Shape. Salvatore, an experimental fiction writer and creative writing professor at the New School (where, full disclosure, I met him through his teaching), plays with form and language to create a mix of strong, sensual, and satisfying journeys. The stories are brushed with just enough intellectual insight and humor to conjure visions of our own self-worth and the lengths we go to create the relationships that sustain us. Told by multiple narrators—a gay man, a goth girl, an anthropology professor, a husband, a young student living abroad—the tales are filled with a warm mix of tension and desire, and at times a coldness, as if the author wants us to step back and analyze the origins of those chilling moments.